skip to main | skip to sidebar

I have scraped and removed paint from three doors in the house, and I´ve already had enough of it. There´s about seven left, and even though I am not going to continue the project until next summer
( it´s easier to do it outside in nice weather), I have already started to dread all the work.
I like old doors better than new ones so I either have to stick with the job and the hours it is going to take, or come up with a better solution. In the 70´s and 80´s people used to put a piece of plywood on the doors to cover the flaking paint, and to get a new look, and that is what the owners did in this house too. Underneath the plywood are some beautiful, old doors that just needs a little bit (or actually quite a lot!) of renovating. 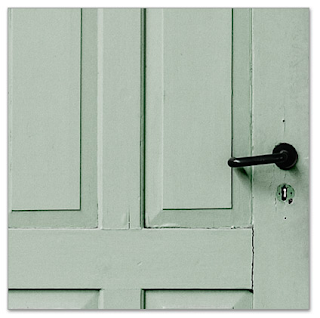 Maybe I can do the same, and instead of having a boring plywood door, glue one of these wallstickers from Bolia outside? At least they have a little bit more paint on them than my doors. Don´t think they come in the exact door size though, so I might have to photograph one of the doors I have already renovated, print them out and glue them on top of the plywood.

Trine Thorsen
Norwegian based photographer. Loving everything exquisite and eyecandy. Beautiful images, great recipes, tasty food, cute things, smart solutions, good ideas. Old design, redesign and new thinking. Rust, objects with soul and a lots of history. When I am not taking pictures, I am busy renovating a big, old house from 1928.

Your comments are dearly appreciated. Critic (good or bad!) is the best way to improve :-)
If you wish to use images taken by me, I´ll appreciate if you contact me at trine@trinethorsen.com.
If you don´t I won´t be upset and I´ll let you use the image on your blog (NOT for commercial purposes!). But the criteria is to credit me (AND the stylist if there´s one) and link to my (our) website and/or blog.